I have been a follower of the game show, “Survivor” since its 2nd season. Initially I thought it was stupid and ridiculous. Then I got caught up with the human element— why do participants make the decisions they do and make no apology for what they do? —–only rationalizations. Human nature amazes me. Humanness drives choices as it does for our characters, and, oh yes, ourselves. Survivor is a game in which death and destruction are supplanted by money.

What motivates our choices under duress, be it life and death or a game show? My characters were people who struggled against great odds during WWII to live. Life and death decisions and no win choices.

Meanwhile, back to the game, Survivor. I hadn’t watched the final 3 episodes before last night. I was horrified. The winner of immunity challenges which kept him in the game and who played with honesty, loyalty, and kept his word until he had a  “Sophie’s choice “with 3 players with whom he had made alliances. He was forced to make a No-Win choice. He had given an immunity idol he had found to another player jeopardizing his own game. He was the perfect winner. He did not get even one vote.

What was his Achilles heel?

He was socially awkward since a child. He never said but he may have had a mild autism.He showed who he was but that “flaw” cost him the game. Ken didn’t know how to play the social game. He didn’t show his emotions as the winner did. He never played that card. The winner did—sincerely as he was, that was the important difference.

The values of the voters ignored his honourable game play and passed him over because of his personality. Was this true in 1945? Is it true of our culture now?

2 thoughts on “Survivor and your writing”

Every Writers Friend … THE IWSP 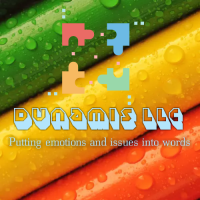 The Journal of being Pissed On and Pissed Off

Check back with Sandi and Jessica for twice a week updates!

Does anyone know what day it is?

A creative mind with lots of amazing ideas😍(reviews, fiction and non fiction, write ups under the sun😊🤩

Putting emotions and issues into words

Monthly Festival : Turn your book into a movie and get it seen by 1000s of people. Or garner FULL FEEDBACK from publishers on your novel and help your next draft. Or get a transcript video of your novel performed by professional actors.

A storyteller with a poetic heart

The essence of Poetry📚

The Magpie at Midnight

Reader, Writer, Arthimeticer; not always in that order. New Zealand, Wales and England. I get around.